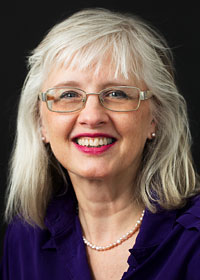 Esther Madsen knew from a very young age that music was to be a large part of her life.

Over a number of years there were many music teachers. Eventually her learning journey would lead her to studies with Vera Shean, an important founding member of the Edmonton Symphony and Alberta College. Esther received her Associate degree in Piano and is an alumnus of Conservatory Canada, formerly Western Board School of Music. She rounded out this music degree with a BA in Music Theory and Art History.

As an active musician Esther is often teaching, playing, arranging and conducting, which keeps the music in fresh places.  Her students now take classes both in person and over Zoom. As a teacher with over 40 years in both theory and piano studies, she finds new ways to reach students. It is always fun to see what new things she will be able to learn each year. In her studio, students find joy in music, beyond preparing for exams. Music has a power to help find balance and enrich our lives, sometimes even without exams. There is always a special moment in each class where the magic happens.

In Esther’s life, there is a long history with music festivals; beginning as a child performer, to a teacher of students, to a parent, and finally to being involved with the music festival organization as an administrator. She still enjoys volunteering at live festivals, as well as adjudicating and conducting masterclasses. There is always something new to hear and experience. 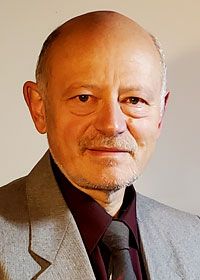 Joseph Fridman has earned two Masters' degrees – as a pianist and opera director – both from the world-renowned St. Petersburg State Conservatory (Russia). He is a concert pianist, teacher, vocal coach and accompanist. He performs in solo and chamber recitals and has been broadcast frequently on CBC Radio.

Mr. Fridman served on the faculty of the Alberta College Conservatory of Music and the University of Alberta. He also worked as a repetiteur and diction coach at the Opera Nuova and Edmonton Opera.

He and his wife Tanya were producers, performers, and stage directors for Musical Encounters, a series of concerts for children combining instrumental and vocal music, theatre, puppetry and fine art.

Joseph lectures and gives masterclasses and workshops throughout Canada, Ukraine, Russia and the USA. He has taught at various summer schools such as: “Strings and Keys” (Bergen), Alberta College International Music Academy (Edmonton), “Vivo!” (Edmonton) and was a clinician at the CASSA (Calgary) Summer School.

He has adjudicated a number of festivals and competitions, including the prestigious Canadian Music Competition (CMC) and Seattle Young Artists Music Festival (SYAMFA).

Mr. Fridman currently teaches at the Alberta Music Academy, which he and Tanya founded in 2002.

Many of his students have continued their studies at prestigious institutions such as McGill University, University of Toronto and The Juilliard School. 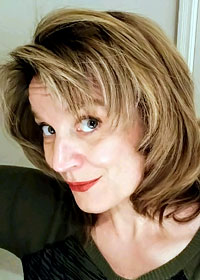 At 5 feet tall, Karen Charlton’s saucy soubrette has afforded her many performing opportunities across Canada. She has been very successful in competitions that include a win in the Voice category at the National Music Festival in 2002.

She has been featured on CBC Radio and has appeared as a soprano soloist with the Saskatoon Symphony many times. Some of her role credits include Fraulein Silberklang in Der Schauspieldirektor, Susanna in Le Nozze di Figaro, Frasquita in Carmen and was ”perfectly cast as the sexy and sassy Adele” (Saskatoon Star Phoenix) in the Saskatoon Opera Association’s production of Die Fledermaus.

Ms. Charlton is also a strong supporter of new music and Canadian composers and was honored to premiere, with her duet partner, a 20-minute work entitled Sirens which was written expressly for them by Canadian composer Elizabeth Raum. Karen has also been proud to be a part of Opera NUOVA’s Canadian composers’ school tour of Dean Burry’s The Brothers Grimm, Isis and the Seven Scorpions and The Lives of Lesser Things by Isaiah Bell. In October 2010, she also sang the Alberta premiere of Creek Bistro Specials by Saskatchewan composer David McIntyre.

Karen’s operatic experience has allowed her to play opposite some of Canada’s most exciting emerging and established leading men including Greg Dahl, Peter Barrett and Alexander Dobson. Opera Canada noted Ms. Charlton’s Musetta with the Saskatoon Opera Association as “a joy to behold." 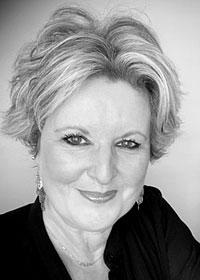 A native of Northern Ireland, Arlene Irwin has been studying Speech Arts and Drama since the age of 14. Throughout the years, not only has she won numerous speech and drama awards, but she also continues to be an active theatre performer. Her most recent role was as Mother Superior for Storybook Theatre’s musical production of Sister Act.

Arlene holds an Associate & Licentiate Diploma in Speech Arts and Drama from Trinity College London and is currently an Instructor on the Mount Royal Conservatory Speech Arts Faculty where she teaches both private and group classes. She also holds the role of Calgary Centre Representative for RCM Examinations.

As well as instructing at The Conservatory, Arlene runs a private drama school and has adjudicated at the Kelowna Kiwanis Music as well as Presentation MRU here in Calgary and more recently, the Medicine Hat Rotary Festival.

She has also directed and just prior to the pandemic, held an acting workshop at Morpheus Theatre Calgary. She is thrilled to have the opportunity to adjudicate at the Airdrie Rotary Festival for the Performing Arts this year and is extremely excited to hear the work of  the talented students. 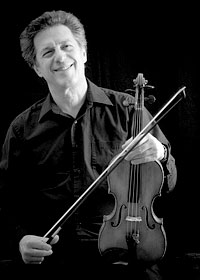 A native of Dayton, Ohio, Jeffrey Plotnick retired after completing his 30th season as Principal Second Violin with the Calgary Philharmonic Orchestra. After graduating from the University of Cincinnati’s College-Conservatory of Music, Mr. Plotnick performed with orchestras in Cincinnati, Ohio; Louisville, Kentucky; and Caracas, Venezuela before assuming his position in Calgary.

Mr. Plotnick has been a member of the faculties of the University of Calgary, Mt. Royal College and the Amici String program in Calgary, and was the founding director and conductor of Mt. Royal’s Intermediate String Orchestra. In addition, Mr. Plotnick has been a faculty member of the Banff International Youth Orchestra Festival, the Valhalla, Nelson, Strings and Keys, and Los Angeles Suzuki summer music institutes, and has appeared as guest artist and clinician at Lehigh University in Bethlehem, Pennsylvania. He is currently in demand as a string adjudicator at numerous music festivals. 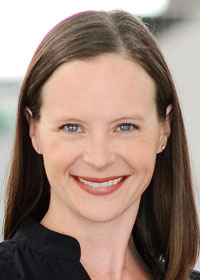 Dr. Danica Hoffart is a singer, conductor, musical director, educator, and adjudicator. She currently teaches voice in Theatre Arts at MacEwan University and directs the Ross Street Singers. From 2001-2018, Danica was on faculty at Red Deer College where she taught private voice lessons, choir, singing for the stage, music history, and ear training.

She has performed with the Central Alberta Chamber Players, Kompany! Dance, and has been a soprano soloist with the Red Deer Symphony Orchestra. Select musical directing credits include South Pacific, Footloose, Cabaret, The Sound of Music, and The Wizard of Oz. 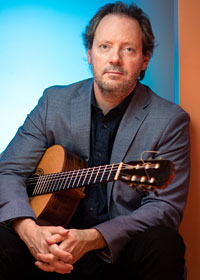 In January 2017, Dr. Brad Mahon returned to Calgary to assume the role of Director at Mount Royal University’s Conservatory. In January 2018, he accepted the additional position of Dean, Faculty of Continuing Education. Formerly, Brad was Manager of Visual and Performing Arts at Medicine Hat College, and before that, Head of the Conservatory of Performing Arts at the University of Regina. He also maintains his long-standing affiliation with the Royal Conservatory of Music as a senior member of its College of Examiners.

When not in committee meetings or studying spreadsheets, Brad regularly sneaks off campus to moonlight as a guitarist, adjudicator, clinician, and lecturer. He has released three commercial CDs, has appeared as a guest on several other recordings, and continues to perform live and via livestream. He has been described as “an outstanding classical guitarist” (20th Century Guitar, New York) and “a very accomplished performer” (CBC Radio, Canada), while his concert performances have been reviewed as “a delightful musical night and great spectacle for the audience” (Baiao Noticia, Portugal).

Brad’s formal education is highlighted by a PhD (Musicology) from the University of Calgary, an MBA (Executive Management – Leadership) from Royal Roads University, and an ARCT (Guitar) from the Royal Conservatory of Music. 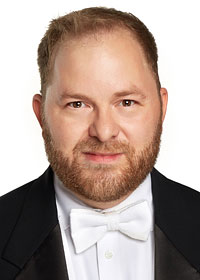 Honoured as a recipient of the Lieutenant Governor of Alberta Emerging Artist Award in 2020, Carlos Foggin is the founder of the Rocky Mountain Symphony Orchestra, and has conducted the ensemble since its inception in 2016.

In 2019, he was recognized by the Calgary Herald as a Compelling Calgarian. Equally comfortable in the opera pit or on the concert stage, he has been blessed with opportunities to share his art widely in North America, Taiwan, and Western Europe/Britain. When not conducting, Carlos can be found teaching, coaching opera, adjudicating, and playing chamber music.

Mr. Foggin is a Fellow of the Royal Canadian College of Organists, the 100th organist to be given the society’s highest honour.