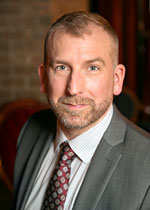 For over 20 years, actor and pianist Eric Nyland has worked professionally in theatre, film, music, and music pedagogy throughout Canada (and briefly in Italy). Eric runs a private teaching studio in Calgary and is and is a highly sought-after accompanist, adjudicator, and clinician.

He has studied with Dr. Lillian Upright, Dr. Irena Kofman, and Linda Kundert, and has taken masterclasses from Dr. Jennifer Snow, Dr. Jacques Després, Dr. Ludmilla Lazar, and Roman Rabinovich. He has developed and taught two courses for the Conservatory at Mount Royal University, has served as the musical director for the theatre improvisation company The Kinkonauts and for the long-form theatre improvisation duo One Lions (winner, Best Show at Vancouver International Improv Festival 2016).

This fall, Eric served as clinician for the Alberta Piano Teachers’ Association annual teacher conference, where he presented his workshop From the Private to the Public: An Actor’s Approach to Piano Practice, Performing, and Teaching.

In 2015, Eric appeared as soloist in Beethoven’s First Piano Concerto for the inaugural concert of the Calgary Arts Orchestra. Also in 2015, Eric was nominated for Outstanding Actor in a Play by the Calgary Theatre Critics’ Awards for his work in the world premiere of Nicholas Billon’s Butcher. 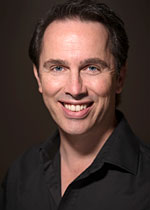 A native of Nova Scotia, Dr. Ron de Jager is Professor of Music and Voice at Briercrest College in Caronport, SK. He holds a Doctor of Musical Arts in Vocal Performance degree from Shenandoah University in Winchester, VA. Ron has had the privilege of being mentored by Lorna MacDonald, Elvira Gonella, Greta Kraus and most recently, Dr. Janette Ogg.

In 2012, Dr. de Jager had the honor of singing for Prince Charles and The Duchess of Cornwall at the Legislative Assembly of Saskatchewan commemorating the Diamond Jubilee of Queen Elizabeth II. The ceremony was broadcast nationally on CBC and CTV. At the request of the Lieutenant Governor of Nova Scotia, he was the guest soloist at the inauguration of Pier 21 on Canada Day 2000.

Ron has been honored as a winner in the National Auditions of the American College of Musicians, MATS competition and Kiwanis Festival. He has been awarded the Monica Rychman Award, William Cary Award, Nova Scotia Cultural Development Grant and was nominated to the Golden Key Society.

“I am incredibly grateful for the many teachers, collaborators and performers who have generously given of themselves. These people chose to pass on what was given to them and their years of experience and wisdom remain an inspiration to me each day. I hope to do the same.” 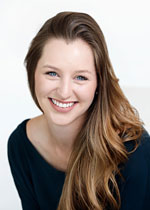 Cheryl Abma is a professional actor, playwright, and improviser who has spent 15+ years in the performing arts. She trained at the Company of Rogues and holds a Bachelor of Arts in Drama and English from the University of Alberta. As a previous student of the Speech Arts and Drama Program at Mount Royal University, she is excited to now be back as an instructor at the Conservatory.

While at school in Edmonton, she taught drama at a homeschool program for Grades 1-12, and held the position of Executive Director of the New Works Festival for two consecutive years. In 2016 she led a playwriting and development workshop at the Edmonton Youth Council for Social Equity, providing an opportunity for underprivileged youth to express their voice through theatre. Her scripts have been produced for the New Works Festival and the Collaborative Faculty Development Conference at the U of A, and she was recently awarded the Frank Bueckert Prize for Playwriting.

Cheryl believes in the importance of fostering creativity and imagination, celebrating excellence, and refining the art of speech and drama to a level of expertise worthy of its full potential. 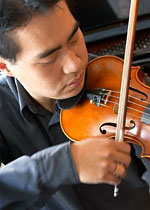 Violinist Frank Ho enjoys a multifaceted career as a chamber musician, soloist, and pedagogue. He holds Bachelor of Arts and Master of Arts degrees from the University of Alberta, as well as a Certificate in Performance and a Master of Music degree from Yale University.

Born in Hong Kong, Mr. Ho arrived in Canada at the age of five. His principal teachers were Evan Verchomin and James Keene (Alberta College Conservatory in Edmonton); Sidney Harth and Erick Friedman (Yale School of Music); and Yfrah Neaman  (Guildhall School of Music and Drama in London, England). He has participated in masterclasses with distinguished artists such as Franco Gulli, Steven Staryk, Gyorgy Pauk, and Jaap Schroder.

His performing career as soloist and chamber musician has taken him across three continents. Highlights include concerts at prestigious venues such the Royal Festival Hall and the Purcell Room in London; Weill Recital Hall, Alice Tully Hall, and Merkin Hall in New York City; and numerous campuses and concert series in western Canada. Many of his concerts have been featured on the CBC.

Mr. Ho makes his home in Edmonton with his wife and three children. He currently performs on a violin by Toronto maker John Newton, and a bow by Canadian maker Reid Hudson.